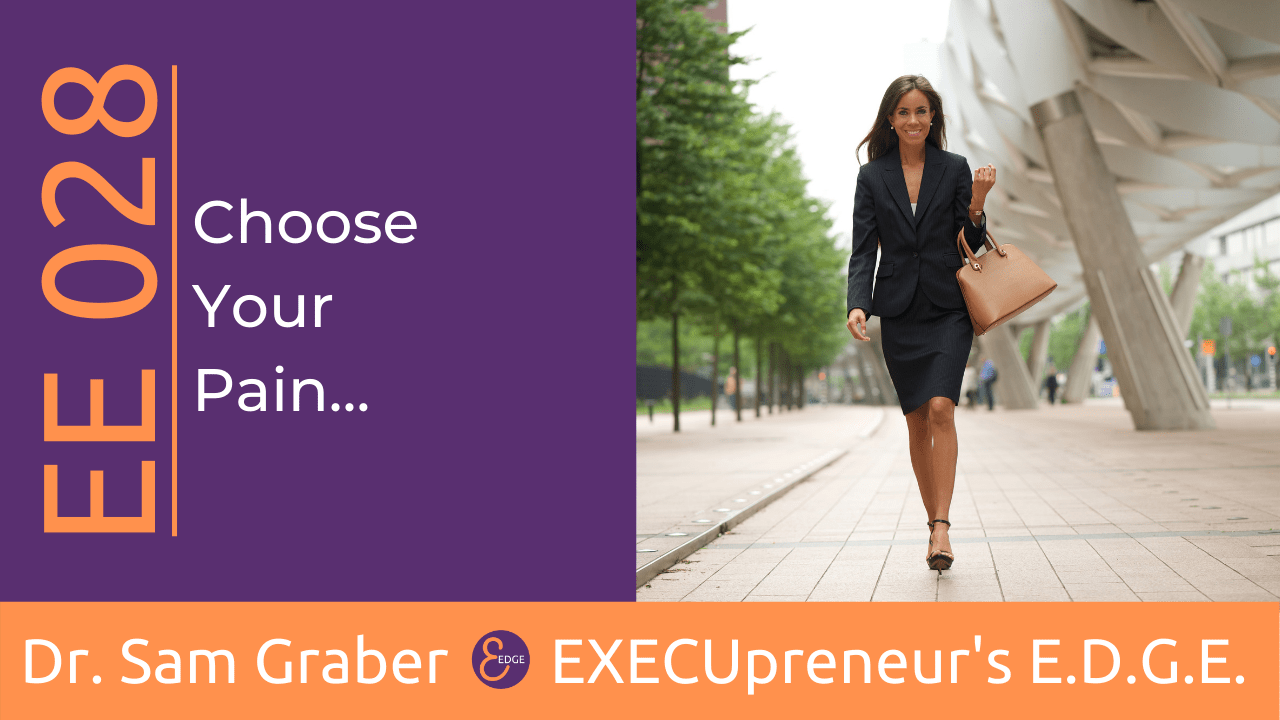 Jim Rohn is spot on.

Cool thing…you get to choose which one on the daily.

When you hear the term ‘self-discipline‘ what is your immediate response?

For a lot of people, they think about resisting urges, fighting, and repressing something that we want or want to do.  It’s a negative connotation that can affect your ability to practice self-discipline.  When you believe you’re forcing yourself to do something against your will it’s difficult to want to jump aboard.

Self-discipline is the ability to turn the television off to focus on something that needs to be done, to get out of bed instead of hitting snooze repeatedly, to make the right choices instead of giving in to temptation.  We need to re-frame how we look at it as a whole.

The world would be a better place if self-discipline was innate.  Unfortunately, self-discipline is a learned trait.  You may have fallen into the belief that it’s a mark of good character or that it just shows you were raised right.  However, it is the same as the rest of the human traits in existence – some people are naturally better at it than others are.

If it’s not something that you are presently good at don’t let that get you down – it isn’t proof that you’re not a good person or that others are better than you.

Why is it so tough for some people, though?

There are certain things you must believe in to build your self-discipline.  The first being that the choices you are faced with and attempting to resist only really exist in a moment.  The second being that the right choice, which isn’t always the easiest choice, will provide you with more gratification in the long-run.  Thus making up for the fact that you missed out on that moment of pleasure earlier.

It’s difficult to come to terms with that second point.  Telling your brain there is greater pleasure further down the line can be a hard sell.  Especially when you know you are seconds away from making a decision that will provide you with instant pleasure.  Especially when you think about how the long-term pleasure may not come to fruition, yet the wrong choice now is a guarantee.  Your brain can be convincing, which makes it challenging to overcome it to make the right choices.

Something that is key to self-discipline is having strong self-esteem and building a strong relationship of trust with yourself.  If you don’t have these things, it can be difficult to beat your brain when faced with obstacles.  Luckily, you can learn self-discipline in steps and it starts with the small steps.

Start With The Little Things

Think of the smallest steps possible, those you can easily say no to in pursuit of a larger goal.  It could be absolutely anything, such as turning the television off, putting your phone down and spending some quiet time with yourself before bed.  It could be choosing water instead of soda with lunch.  Resist the temptation and see how it feels.  Take a note of how you feel and the thoughts you experience as you resist because it is those initial thoughts that are trying to sabotage you.

Unfortunately, this is not something you are wired for – it’s all about trusting yourself, growing your self-esteem, and regularly practicing self-discipline.  Learning how to say no to yourself in that moment is key to developing the skill of self-discipline.

Is your self-discipline lacking because of a self-esteem issue or do you struggle in the moment to tell your brain the pleasure later will be worth the wait?  Something to give some pondering time to…