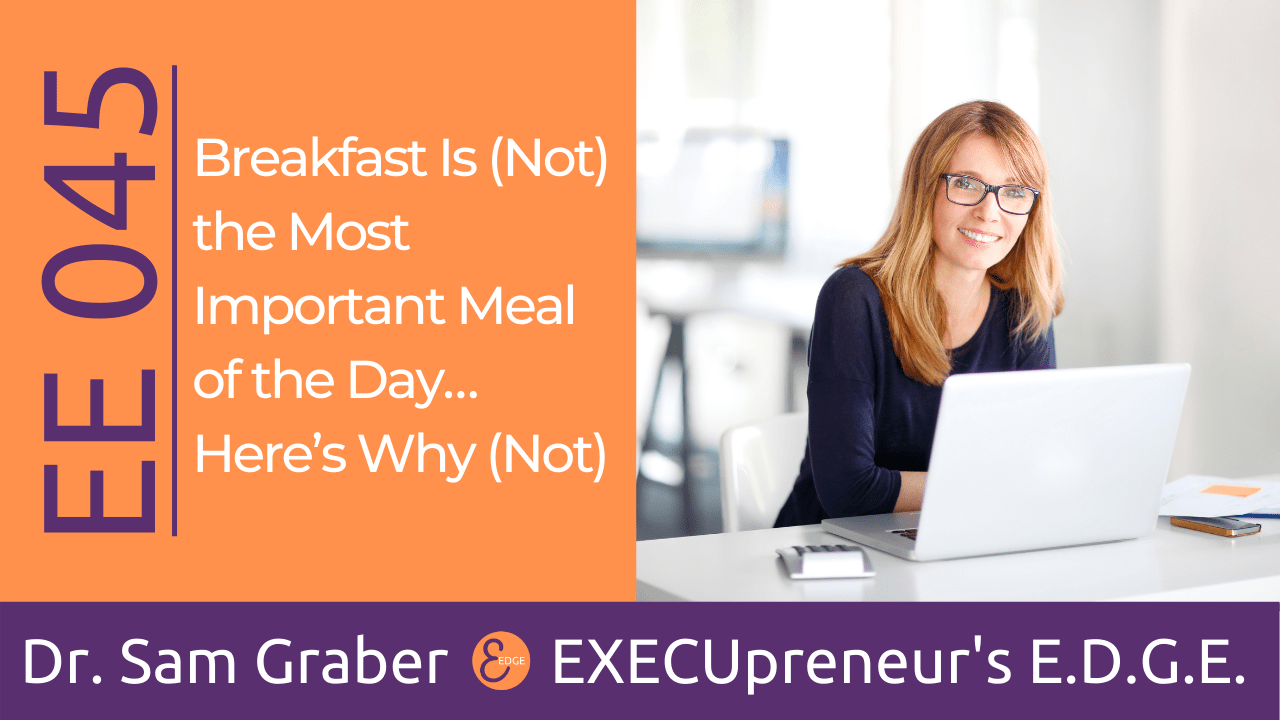 EE 045: Breakfast Is (Not) the Most Important Meal of the Day…Here’s Why (Not)

There is no science to back up this claim…and when traced back to the origination of this misinformation, I found marketing.  Yep, you read that right.  Specifically marketing for breakfast cereals of all things.  Does the name Kellogg sound familiar?

As families became busier and busier, the perceived need for a quick breakfast option grew.  And to throw more guilt on parents (Moms in particular), advertising threw money at TV and newspapers.

Packaged grains took a front-seat to bacon and eggs.

This was just more ammo fueling the now debunked lie that animal fats were bad for you.  Obeying those recommendations, the public hit the store and bought into the “just add milk” convenience of whole-grain cereal.  Oh…and make sure it’s low-fat milk…oy vey!  We got it wrong on so many levels!

Never has a scientific research paper been published that supports the claim of breakfast being more important a meal than lunch or dinner, or brunch for that matter.  But we’ve sure heard it and been obediently repeating this mantra our whole lives.

When you are fueled by fat, you are tapping into your fuel reserves on demand.  And by doing so, you reverse the destruction over-consumption has left in its wake.